The presumably most relevant bathing tradition had its origins in the Roman empire. The Romans created all the structural prerequisites for one of their most important principles, which the poet Juvenal had coined: “mens sana in corpore sano” (“A healthy mind in a healthy body”). Their monumental spas were on par with architectural masterpieces and their bathing methods, raised to the level of an art form, combined the ritual of cleansing with physical training and entertainment.

The bath houses of ancient Rome, bursting at the seams with visitors, ushered in a decisive cultural development: Water was no longer just useful, but was also a source of pleasure. This type of public bathing culture, which also went hand in hand with overflowing sensuality, came to an abrupt end with the fall of the Roman empire and the rise of a new code of morals. Based on the Roman bath houses, the Muslims built their own bathing facilities – with the difference being that the splendid hammams were places of leisure and silent rejuvenation. The act of physical cleansing, accompanied by music and meditation, simultaneously celebrated physical seclusion and spiritual contemplation. One stayed here for hours – in some cases, days. Even today, hammams are still an important part of the societal structure of Islamic countries, and Europe has now also discovered these exotic bathing oases for itself.

Formation of the spas

The rapidly increasing flow of visitors to springs said to have healing powers advanced the creation of the first spas in Europe. However, guests could not expect a great number of amenities. Apart from the springs, only spartan accommodations and, in many cases, mediocre food were available. This, however, did not detract visitors. A large number hoped for miracle cures, but reality did have its good sides as well: Numerous springs eased skin diseases and people saw the therapeutic effects on both the body and the soul as something akin to a miracle. 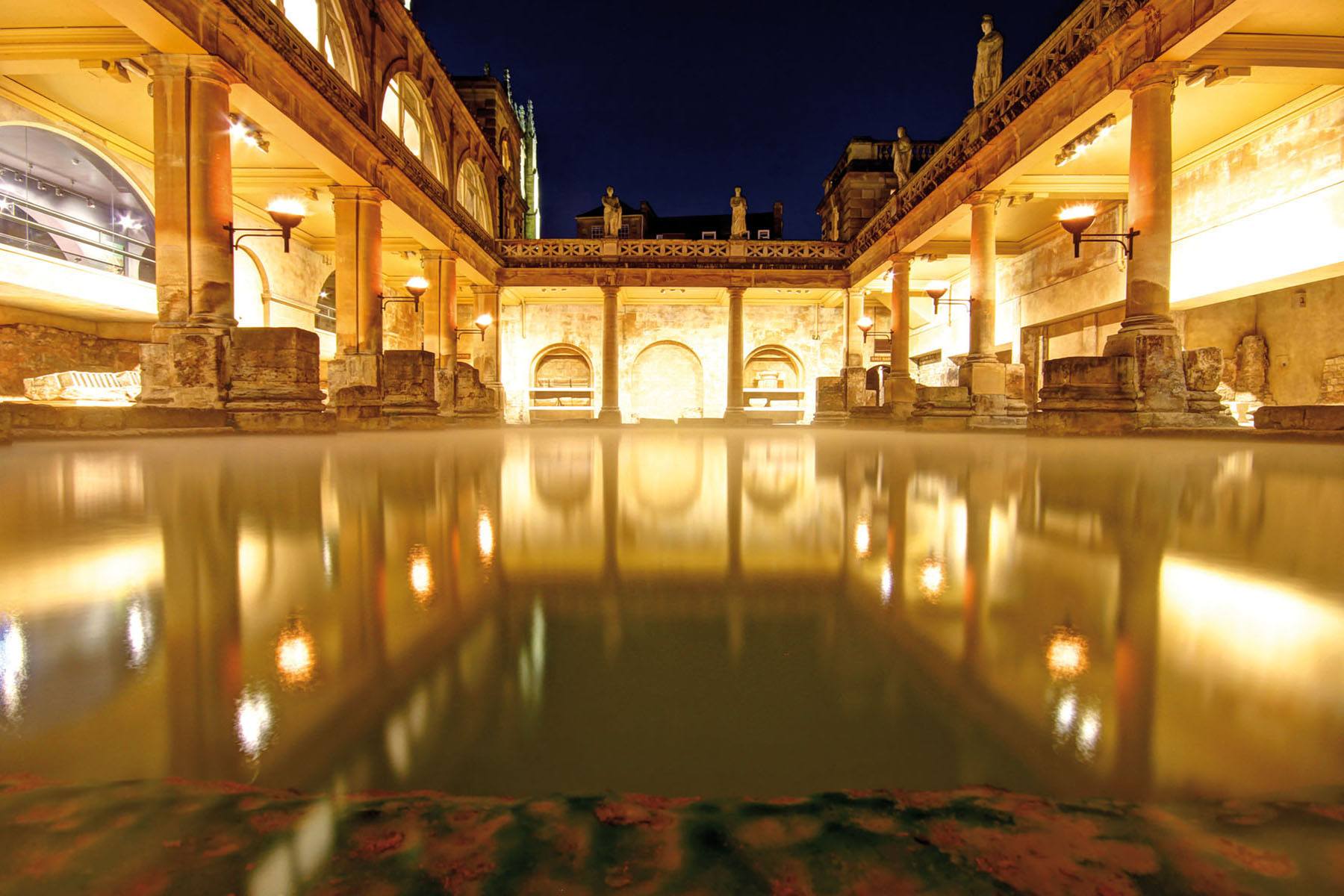 “Water is H2O: Two parts hydrogen, one part oxygen. But there is also a third thing that makes it water. And nobody knows what that may be.” D.H.Lawrence

The age of Reformation replaced alchemy and magic with medicine and ushered in a profound change in values: hygiene for health. Doctors recommended drinking enormous quantities of high mineral content water, which was supposed to cure every single disease. Due to the fact that certain springs were said to hold a higher potential for healing than others, the client structure also underwent a change. The aristocracy and wealthy individuals represented a patient segment that wanted to maintain its luxurious lifestyle while staying at the spa. People demanded exquisite lodgings and elegant facilities – and the cornerstone for the creation of the grandiose spas was laid. The old Roman bath houses were revitalized and Europe caught spa fever. People bathed together, experienced invigoration and rejuvenation, revitalized the soul and strengthened the mind. Last but not least, the baths served as a place to take time off from the Victorian moral code, which was ever-present in daily life. As a result, people enjoyed unchecked eroticism and unburdened freedom in the circle of like-minded spa visitors. Beethoven and Goethe preferred the Karlsbad spa, Napoleon idled in Vichy and Turgenev relaxed at Baden-Baden.

Due to the world wars of the 20th century, the bath houses lost their importance. It was not until the fitness boom of the 1980s that water returned to the public focus in the field where society has always had a major demand and will probably always have one: physical and mental health. Therefore, new myths have also entered into the world of water. Borne by the hope that we could wrest the last secrets from the omnipresent water. One of these new myths – which has not yet been confirmed, but has also not been disproved – is “vitalized water.” This term originates from the observations of the Tyrolean forester and independent natural scientist Viktor Schauberger, who, in the 1920s, came to the conclusion that unknown powers are at work in nature. These release energy in concentric whirls. Based on this observation, he developed the hyperbolic “Schauberger funnel” to improve the quality of drinking water. Instead of storing it in straight pipes, it would be returned to its original spiral curve state, thus energizing and improving the quality of the water. Another similar example is “Grander water,” which is produced using a water vitalization process that represents a healthy medium for useful micro-organisms. Although it has not been scientifically proven, the company’s now global clientele absolutely believes in the effectiveness of Grander water. The Japanese author Masaru Emoto has also entered the fray of the new water myths. His topic of choice is crystal photography, in which he attempts to find a connection between the shape of the crystals and the quality and condition of water. Emoto claims that water can be “animated” and improved by emotion – for example by treating it with music. 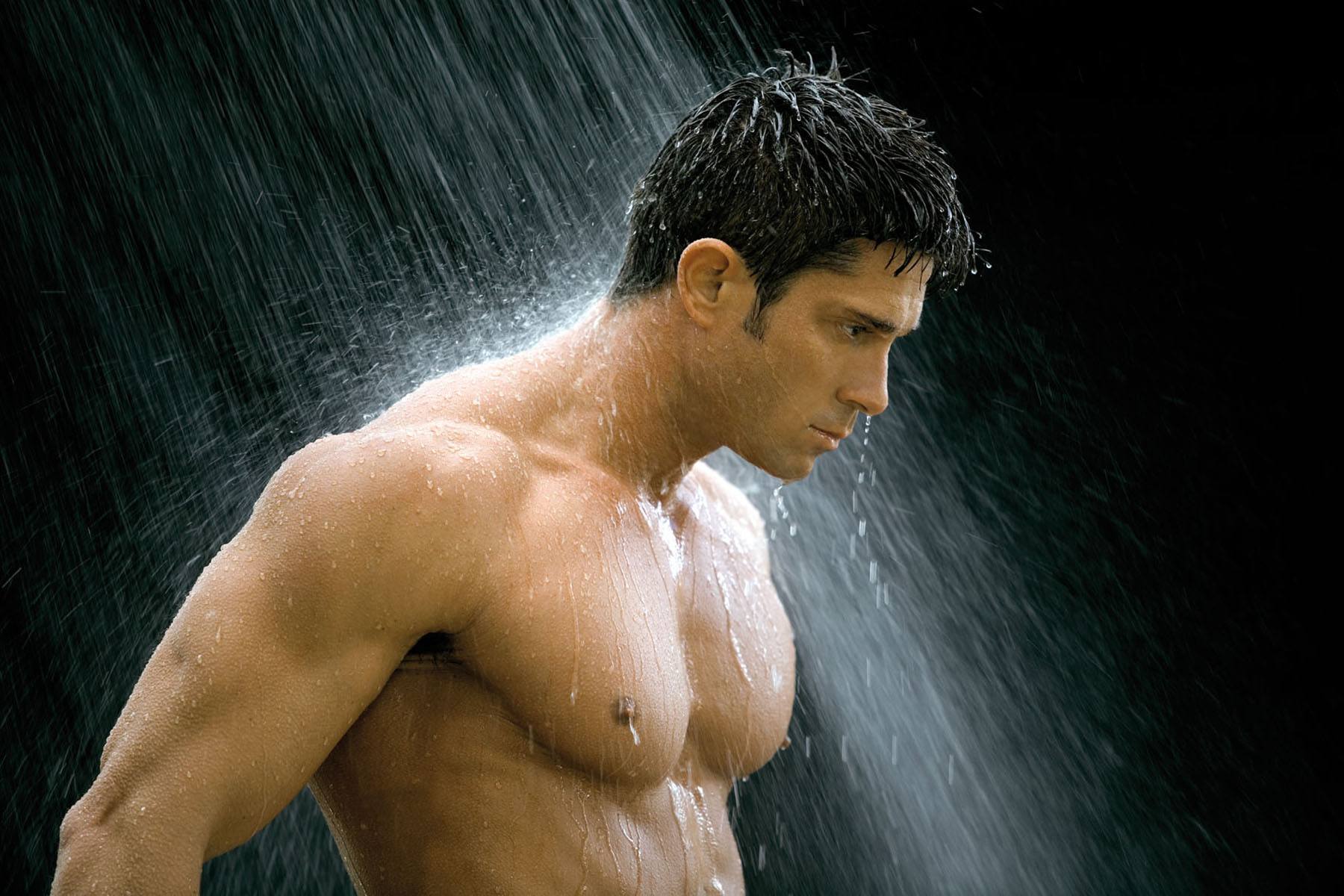 “When the well is dry, we understand the value of water.” Benjamin Franklin

One can choose to believe in these myths surrounding water and its properties or not. Nevertheless, animating water is a lovely idea. Especially because there is at least some truth to it. Animating water can also be understood as breathing new life into man. And this feat is one that water has accomplished time and time again over the course of history. Today we call it wellness. More than ever before, the balance between the mind and the body has gained importance in our rapidly moving age. And once again, water, as the universal element, is at the center. As an effective aid for beauty and health. As a comforting way to slow things down. As a way to reduce life to the things that matter – be it a contemplative soak in the tub at home, which helps the mind recover from the overwhelming amount of stimuli we are exposed to every day. A short trip with friends to a health resort where one not only takes care of oneself during the bathing ritual, but also cultivates social contacts. Or just a simple glass of fresh water, which has always revitalized us and lets us remember that not only is every drop precious, but also a part of ourselves.