Pomegranates are concentrated life force. They contain a valuable variety of antioxidants and vital substances. It is for good reason that the fruit of the gods, as one of the oldest cultivated plants, is a symbol for fertility and beauty.

Once upon a time, the Greek goddesses Athena, Aphrodite and Hera quarrelled about who was the most beautiful among them. The Trojan Paris ended their argument with a simple gesture. He handed Aphrodite a ripe pomegranate – the fruit of her favorite tree – and thus chose her as the most beautiful goddess. Since then, the pomegranate has been a symbol representing beauty, fertility and sensuality. It is, however, not by chance that the pomegranate was specifically given this symbolically important role in Greek mythology.

The pomegranate continuously surfaces as a symbol across the entire history of mankind. The pomegranate was even eternalized in the Bible. Its fruit is purported to have been plucked from the “tree of knowledge” by Eve. The pomegranate also served in a Greek and Roman ritual as a symbol for marriage: Young brides were made to carry blooming pomegranate branches. The German word for garnet (Granat), scarlet semi-precious stones that are reminiscent of pomegranate seeds in shape and color, refers to the fruit. The same applies to the ever so deadly grenades (Granate in German). The reason for this choice of name is that the pomegranate not only symbolised life and fertility, but also power – just think of an imperial orb – and, due to its color, blood and death as well. The Spanish town of Grenada is also linked to the pomegranate: At one time, the Moorish kings bore heraldic devices with the inscription “sour but sweet.” This was used to express the idea that good emperors, similar to pomegranates, combine sternness and kindness. In Chinese medicine, on the other hand, the pomegranate is seen as an aphrodisiac. 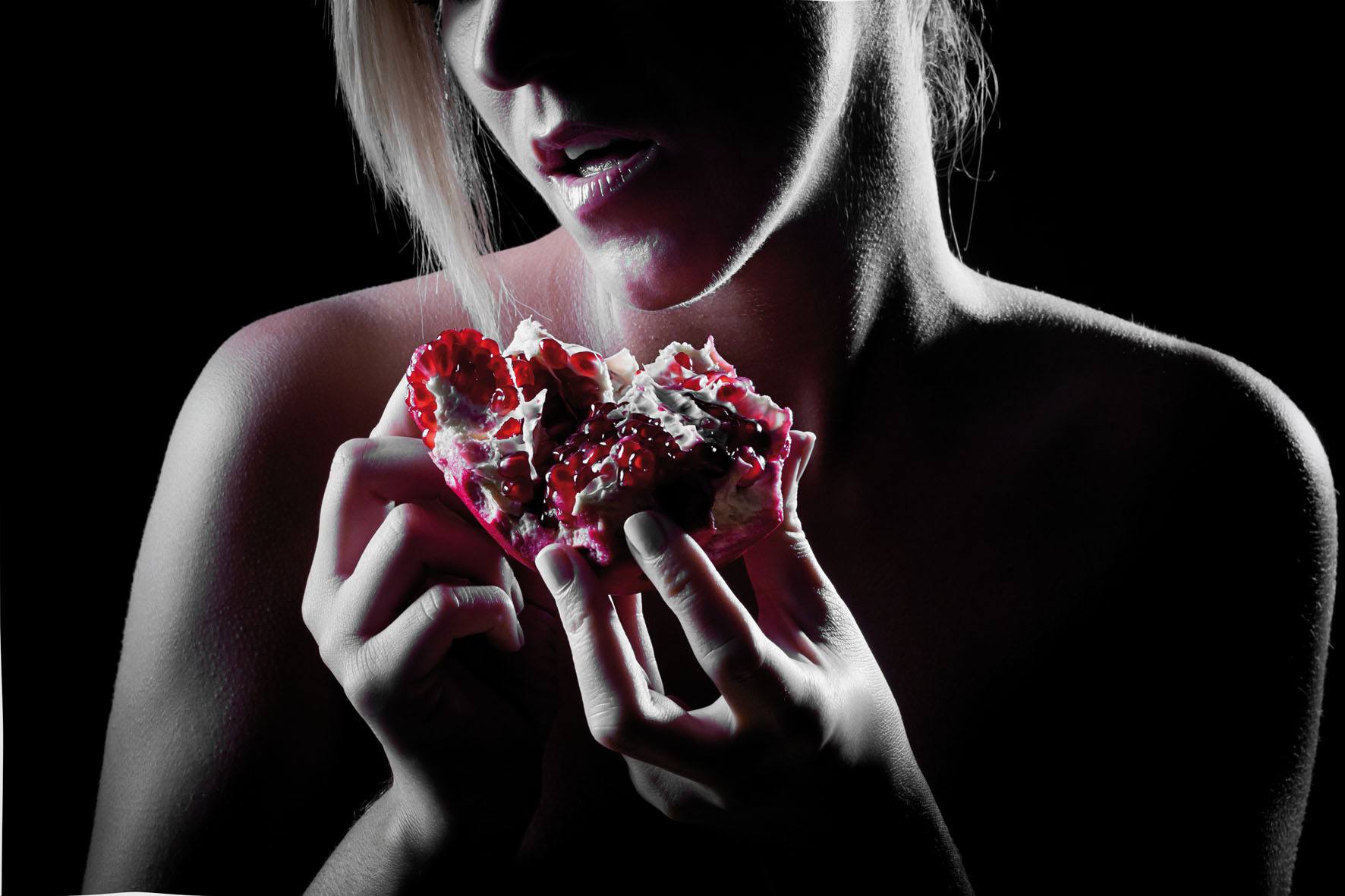 Pomegranates contain powerful antioxidants – for example, the concentration of antioxidants in pomegranate juice is three times stronger than in red wine or tea. Antioxidants are versatile and potent guardians of human health. Among other things, they are used for heart conditions, high blood pressure and cancer prevention. Furthermore, they protect blood vessels and the immune system. In cosmetics, they are renowned for their unique ability to protect cells: for the reduction of wrinkles and as a prophylaxis against skin aging. Along with the antioxidative plant compound polyphenole, the pomegranate also offers additional protective ingredients. The red, succulent arils contain estrogenically active steroids and feature the highest ratio of gamma-linolenic acid in the entire plant kingdom. This triple unsaturated omega-6 fatty acid strengthens the acid mantle of the skin and improves skin elasticity. Furthermore, the plant compounds contained in the fruit help to prevent skin irritations such as inflammation of the skin, dry skin and itching. At the same time, the fruit extract refines pores and thus supports a more harmonious skin texture.

The pomegranate extract bundles this highly sought after range of compounds. Produced by means of high pressure extraction with naturally carbonated spring water, this process leaves no residues, meaning that the strict criteria of natural cosmetics are all met.