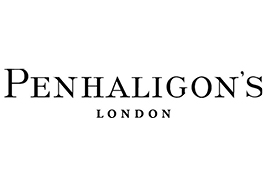 The delightfully intoxicating potion now available in a luxurious hand and body wash. All the promise of distant lands, with the certainty of vanilla and sandalwood, the piquancy of leather and a most reassuringly distinguished mélange of Oud, amber and patchouli.

The name of the strong scent goes way back to a former small Turkish village named Halfeti, which was geographically situated next to the shores of the Euphrat, where fertile grounds made for a lavishly green vegetation, bringing forth unique rosaries such as the black rose.

Halfeti is part of Penhaligon’s Trade Route Collection, consisting of five fragrances, which were inspired by luxurious and exotic goods, which were traded around the turn of the 19th century at the historic decks of old London.